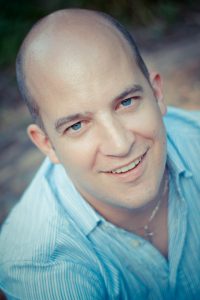 Steve Whitford is a strategic communications specialist who has over ten years’ experience assisting companies in the development and implementation of their communications strategy.

After completing his Bachelor’s Degree in English, Steve began his career as a journalist in 2002 where he worked for several years across main stream and IT media.

Having garnered a comprehensive understanding of the technology landscape, Steve began freelancing as a journalist and then launched Intrinsic Media in 2005, offering public relations and a content generation services to companies, generating whatever content the companies required.

The company began working on projects with Arthur Goldstuck, assisting with his research reports and then moved into the PR space, offering a full PR service to some brands as well as PR writing to other agencies. Intrinsic Media has worked on PR projects across brands like Softline Pastel, Sentech, Telkom, MTN, Vodacom and the Department of Trade and Industry.

Steve then moved the company into web development as well developing portals for VS Gaming, Soul City and the Joburg Centre for Software Engineering.

Intrinsic Media then began working with HTC and assisted in the launching of the HTC One X, the HTC One  (M7) and the HTC One (M8).

Intrinsic Media then began assisting Telkom with strategy and has been working with Telkom to take its gaming offering in South Africa to the next level to take the local gaming industry, which is already bigger than movies and music in South Africa, and activate the online gaming portion of it through competitive interaction.